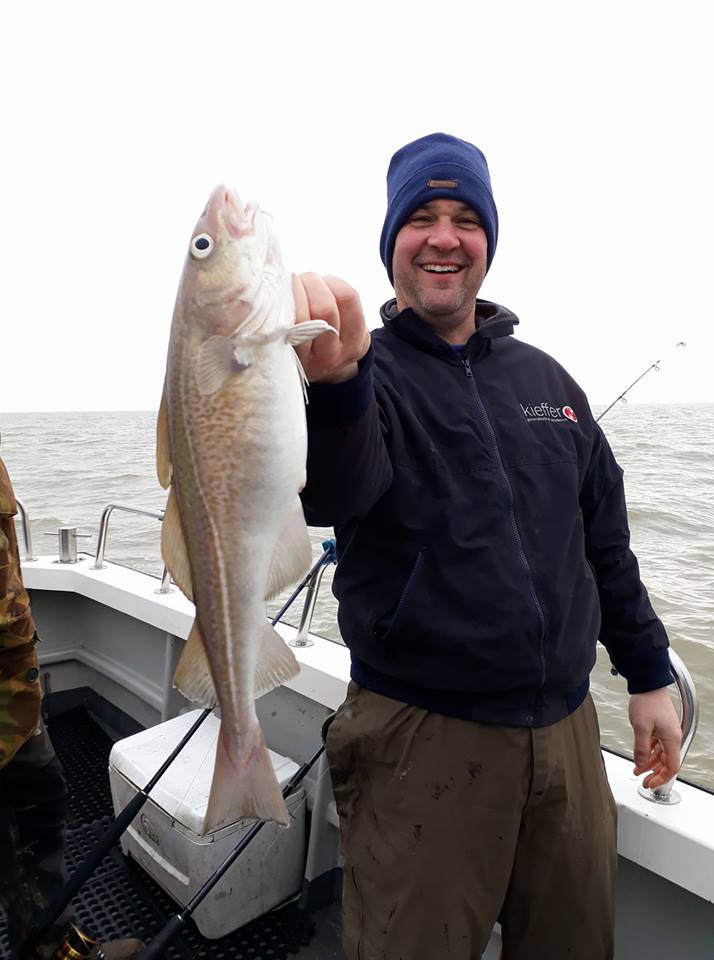 Happy new year to everyone. Well we have had some really horrible weather over the holiday period but it is nice to get back into a routine of sorts.

We have not managed to get out for a fortnight so it was a relief to finally get a trip in this Saturday. Well the good news is that there are still some codling around although there are not many, we managed five on Saturday up to 2lb with all the other boats reporting a few.

What was encouraging was a return of some nice big female Thornbacks which we have not seen inshore since the spring, these females have eggs in and should be returned to the sea but it does mean there are more decent fish to catch along with the chance of a cod. All the other boats also reported several nice Thornbacks.

There are plenty of nice whiting still around in all areas although they do leave the Estuaries over the new year, the piers and shore marks will still produce right through the Winter.

There are some lovely dabs in the Estuaries with several fish reported at over 30cm, these tasty little flatties are easily caught using paternoster rigs fished up and down rather than casting, small baits of worm, squid or herring work well.

Prospects as always in the winter depend on lots of factors, water temperature, abundance of Herring or Sprat and numbers of Cod but there are some nice fish to be caught and the past few Januaries have been quite good fishing so don’t give up on it, have a day out and enjoy it.